Maria Catena Mancuso is the co-author and co-speaker together with Nadeesha Uyangoda and Nathasha Fernando of Sulla Razza – a podcast wanting to translate into Italian words and concepts from Anglo-American culture revolving around the notion of “race” and does so together with the points of view of non-white Italians. More than that, she also wrote and hosted S/Confini – a podcast about migration and identity – together with Natasha Fernando.

Maria participated in one of the final events of our project “CHAPTER – Challenging Propaganda through Remembrance”, which took place in Rome during the fall. The specific event was entitled “Genere e Minoranze – La strumentalizzazione di vecchie e nuove destre sui corpi di donne e migranti” and discussed several topics such as femonationalism and practices of feminist and anti-racist resistance. Together in the debate with Maria Mancuso were Marie Moïse (activist and PhD student in political philosophy) and a representative of the Capitoline Women’s House Lucha y Siesta.

Throughout this article, Maria Catena Mancuso brings us closer to her vision of feminism by sharing her perspective on how anti-fascism and feminism intersect, some of the challenges that feminist movements face today as well as what could be done to overcome them.

The link between anti-fascism and feminism

“There is certainly some common ground between the two, for example the fact that both are fighting to put an end to a patriarchal ideology. However, if in the case of feminism the struggle against patriarchy is open and is the final goal, it seems to me that according to anti-fascism, this is a secondary fact, that is, anti-fascism does not necessarily question the patriarchal authority in the society does not want to put an end to fascism as an expression of a sexist ideology. And therefore, an anti-fascist may very well not be a feminist. We women are well aware that even in those environments that should be protected, anti-fascists, from the left-wing. Our requests are not always heeded and in any case we expect that leaders are male and that women remain one step behind. Let’s say that our society is steeped in patriarchy and therefore all environments, even anti-fascist ones, can be influenced by it ”.

Among other things, Maria talks to us about femonationalism, a topic discussed during the final Chapter event.

“When I talk about leaders, I don’t mean that it is enough to have a female leader for that conditions to suddenly become a feminist. It’s not like this, even women can be sexist. And nowadays, in Italy the women who hold more roles in institutions and political parties are from the right-wing and are certainly not feminists, as in the case of Casellati, president of the Senate, or Meloni, head of the Brothers of Italy. And the european nationalist right-wing, as Sara Farris explains in her book Femonationalism, use the demand for gender equality to carry out Islamophobic and racist policies, thus exploiting and disfiguring feminist instances. And in the name of women’s rights they oppress other people ”.

In the episode on Intersectional Feminism of Sulla Razza, the speakers talk about the position of migrant and Italian ethnic minority women in feminist movements and care work. During the interview we often returned to this topic:

“This is a very hot topic today. I talked about it with five people linked to activism and disclosure on racial, identity and gender issues as an in-depth look at that episode in the choral interview on Vice. During the interview, Leila Belhadj Mohamed said that in her opinion today we are facing a mainstream feminism that is strongly white and bourgeois and that does not make room for everyone’s requests.

And actually in the mainstream feminist speech, the most reformist one, the centrality is on gender equality, understood as equal social and economic power, something that, as Bell Hooks recounts, is a request of privileged white middle-class women. Feminism meant  as a movement that wants to put an end to sexist oppression cannot stop at gender equality or wage equality. Bourgeois feminists have made equal wages their main struggle when in reality not everyone can or wants to make a career.”

She adds that especially many women are exploited by other women who consider themselves feminists. And he cites nursing work as an example. Many career women who consider themselves feminists employ racialized women who are delegated that kind of work. These women do not have the right to be exempted from treatment because they are in a subordinate position in our society, they are marginalized.

“Feminism must fight for the liberation of all and therefore it must be intersectional and it must also go beyond gender, it must be trans-feminist.”

(To learn more about this episode, there is an interview with him that can be read on Vice Italy). 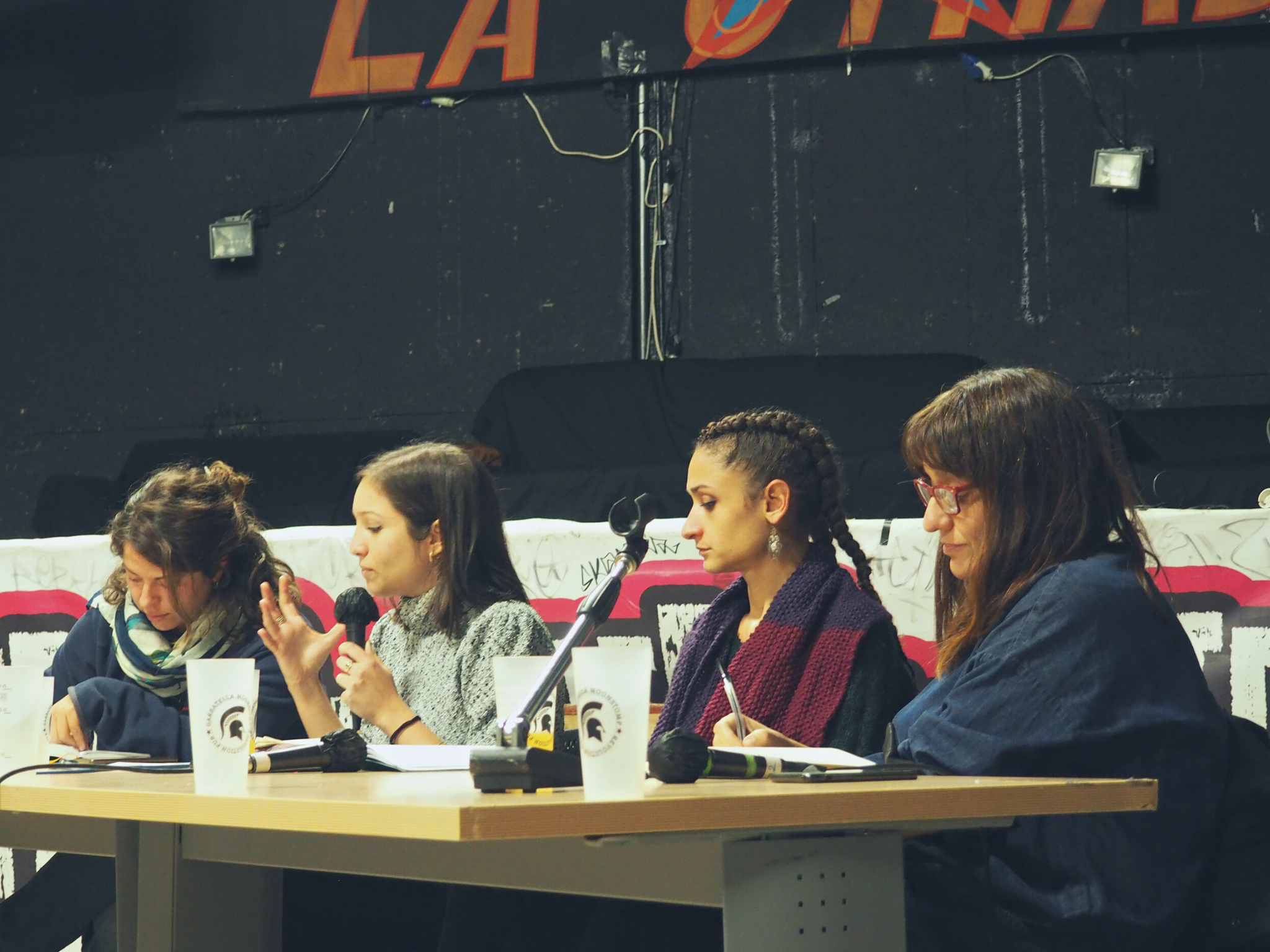 The internal and external challenges in feminism

There are many external challenges that feminism has to face, we talked about femonationalism, that is to say racism in the name of women, but there is also co-optation by brands that ends up watering down issues that are, according to Maria , strongly political, transformative and revolutionary.

“Radical feminism wants to question the whole system, while brands tell you that you just need to buy the T-shirt that says I am a feminist to change the situation. Capitalism is very good at co-opting struggles, it doesn’t just do it with feminism. For example, in the case of environmentalism, that’s what it tells you if you buy the metal water bottle, you save the Planet. “

Other external challenges that Maria comments are the fact that the victories that were now considered to have been won are called into question, such as that of the right to abortion and reproductive rights: “we see that steps are being taken backwards on this” and on violence against women : “Domestic violence is very present, indeed, in recent years with the pandemic, femicides have increased”.

But she insists: “The most important ones in my opinion are the internal challenges”

She takes as an example the need to talk to men, and make sure that feminism is no longer seen as a movement against them: it is one of the lessons of Bell Hooks in Feminism is for everyone. Patriarchy also strips men of certain rights and imposes on them an identity based on domination, but even a man can support the feminist struggle.

“And then it is important that the privileged women who have the financial means to divorce, to leave home, to be economically independent from their partner, who in life may have a plan B, C and D, recognize their privilege compared to those women who are exploited, underpaid, who are single mothers, housewives, who do not necessarily have networks that can protect them from domestic violence and who find it harder to get out of it. “

What can be done to contrast today’s challenges

“Starting again from the ideas of Bell Hooks, the concepts of sisterhood and radicality could be taken up with more force because they are concepts that can do a lot. To continue to question oneself, to self-criticize, as we said before, to rethink together with men to a masculinity not based on sexism. And don’t stop at gender equality but radically change society because patriarchy doesn’t change with more women in power, with better wages for some classes or for some types of jobs. “

Finally, she suggests reaching the inland and rural areas.

“We need to go beyond Milan- and Rome-centrism, sometimes it seems that things can only be changed or decided in the big cities. And if it is true that social centers are rare in large areas of Italy, we must find a way to create feminist collectives and sections of Non Una di Meno there too. “

You can find her work in the Sulla Razza podcast and watch the replay of the Chapter final event available on Youtube. 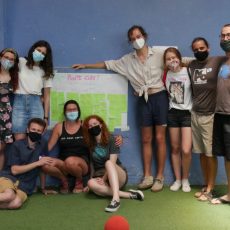 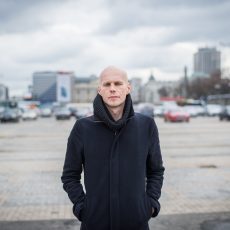